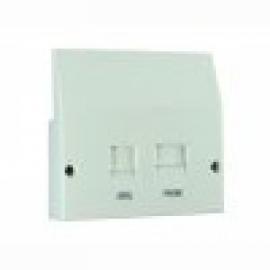 SkyUser look at various ADSL Filters that are available, and show you the comparisons

Just before I switched over to Sky Broadband, I decided to purchase an ADSL XTE-2005 filter from ADSLNation, which is an awesome product for filtering your telephone line to potentially improve your line speed whilst using your broadband.

The product I initially bought over 2 years ago was an XTE-2005 Filtered Master Faceplate, once fitted this improved my line speed from approximately 3meg to just over 6meg. Now this was a vast improvement, however it should not be taken as Gospel that this would happen for everyone, as everyone's line / connection is different. It does however give you the optimum filtering for your line, as well as negating your use of those dreadful looking ADSL filters.

On Sunday, Sky came out to re cable our Sky HD boxes, and I thought I would use this chance to redo the telephone cable, and hide my extension lead behind the plaster board, up to the BT socket. Unfortunately I couldn't find my IDC Tool and so proceeded to use a small flat bladed screwdriver. Big mistake!

Whilst refitting the 3 extensions and the broadband extension cable, I managed to destroy the metal clamp like things, that grip the telephone cable into the XTE-2005 filter, thus leaving no extensions working.

As I need both Sky boxes connected to the telephone line, I thought I had better replace the XTE-2005 and at the same time, buy a new IDC Tool.

As we have both ADSLNation and run-it-direct as members on SkyUser, I decided to have a quick look at their current line up of products. However, both of these companies have similar products, but completely different pricing structures.

I remembered that Tamar Communications had offered us a discount code for members last year, and so decided to have a quick look at their alternatives.

I opted for Tamar to see what results I would see for the least amount of money, although I did choose the more robust IDC Tool, so as I would never need to buy one again, obviously you could save a few quid by purchasing the cheaper disposable one.

Approximately dinnertime today, my order arrived, Recorded Delivery, although I had only chosen the cheaper normal First Class Post, this was a good sign. Inside the padded envelope was the ADSL Filter, the Punchdown IDC Tool, 3 nicely wrapped plain chocolate sweets, as well as the invoice / receipt.

Fitting was a complete doddle and it took less than 5 minutes, and straight away I had all of my extensions back on and the Broadband working. (I will do a tutorial for this very soon as to help others)

Seriously, I was that impressed I actually rang Tamar to say Thank You for such an excellent service. Whilst on the phone I asked them if they would be interested in implementing the discount again for our members to take advantage of, to which they have agreed to do so. If you wish to order from Tamar you can use the following code, skyuser - This will provide a 10% discount across their product range, including their ADSL filters / i-plate; This offer is valid until the end of July 2009.


Quality wise, on first impressions, the Tamar Filter was the same or similar looking quality, complete with 4 screws, and a cable tie. Once fitted it gives me exactly the same stats / results as the ADSLNation XTE-2005 and my Broadband is connected at more or less the same speeds as before.

Update: Since we originally conducted this review, Run-IT-Direct have sent us 3 of their current face plates to review, of which I have added images of the router stats below, as well as amending my conclusions above.

So what are the differences between the three different suppliers?

As I no longer have the ADSL Nation XTE-2005 Master Faceplate, I cannot provide a screen shot of the router's stats, suffice to say, they were about the same as all those tested below. However, having bought one over 2 years ago, I can honestly say that I have never had an issue with its build or performance quality, apart from my own doing, in re-fitting and damaging the grips that hold the phone wire in, using a screwdriver instead of the IDC tool. I must also add, since I have used the Tamar one, I have in fact managed to repair the ADSL Nation one, and have since sent it to Glenn (SatDish) to use at his house. 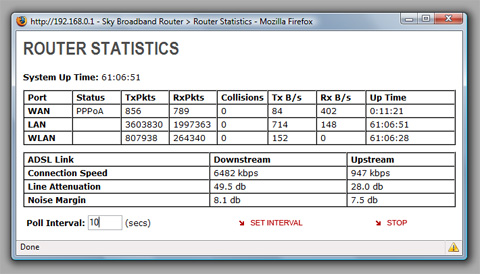 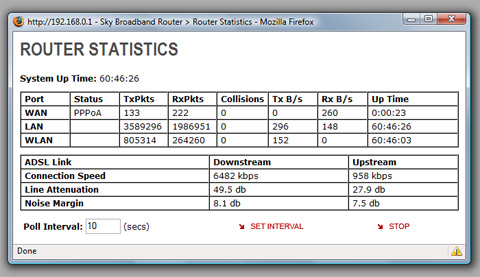 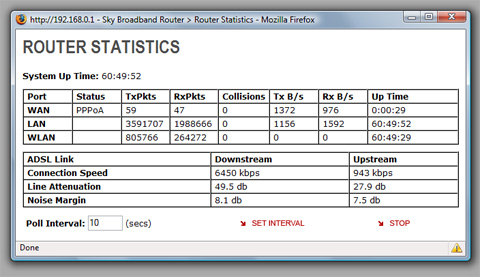 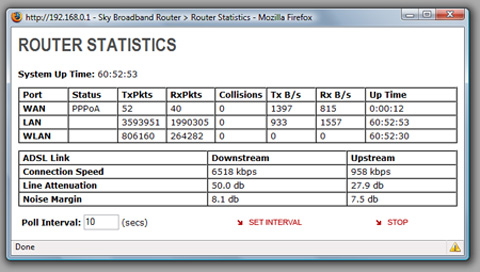 Suppliers and costs of products:

run-it-direct offer a 10% discount for SkyUser Members. Please PM direct to get the code.

How to find out if you could benefit:

If you wish to try the Test Socket, to see if your stats are indeed any better and could benefit from a filter, we have produced these guides:

The above prices are current as at 12th May 2009 - for absolute clarity we do not have any association with the above mentioned online stores, and we do not receive any commissions or benefits for promoting them.
Add to: