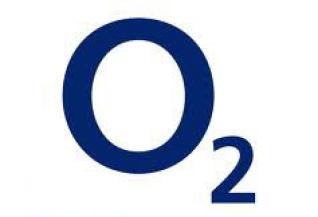 British Sky Broadcasting Group plc (Sky) today announces that it has reached an agreement with Telefónica UK for the proposed acquisition of its O2 and BE consumer broadband and fixed-line telephony business. The transaction will make Sky the second-largest provider in the UK broadband market, building on its existing position as the UK's fastest-growing broadband and telephony business.

Telefónica UK's consumer broadband and fixed-line telephony customers, of which there are currently over half a million, will become Sky customers for those services on completion. By creating the UK's second-largest home broadband provider, the acquisition will deliver further advantages of scale for Sky's home communications business.

Under the terms of the agreement, Sky will pay a consideration of £180 million to Telefónica UK for the consumer broadband, home phone and line rental customers served by the O2 and BE brands. An extra contingent amount, not exceeding £20 million, may be payable dependent upon the successful delivery and completion of the customer migration process by Telefónica UK. Post completion, O2 and BE customers will be migrated onto Sky's fully unbundled network, supported by a nationwide all-fibre core, which reaches 84% of all UK homes.

Following sustained growth in demand for broadband and home telephony since it entered the home communications market six years ago, Sky has built a business with 4.2 million broadband customers and 4 million telephony customers (as at 31 December 2012). In that time, Sky has established itself as the UK's most popular triple-play provider with 3.6 million triple-play customers, one third of its base. This transaction will help Sky meet the growing demand from customers to take multiple products.

Jeremy Darroch, Sky's Chief Executive, said: "Sky has been the UK's fastest-growing broadband and telephony provider since we entered the market six years ago. From a standing start in 2006, we have added more than 4.2 million broadband customers. The acquisition of Telefónica UK's consumer broadband and fixed-line telephony business will help us accelerate this growth.

Ronan Dunne, Chief Executive of Telefónica UK, added: "Sky offers great value, totally unlimited broadband which includes unlimited fibre services. As we focus on delivering best-in-class mobile connectivity, including next generation (4G) services, we believe this agreement is the best way of helping our customers get the highest quality home broadband experience from a leading organisation in the market."

This acquisition is the latest move by Sky to take advantage of the growth opportunity in home communications. Sky has added 382,000 customers (at 31 December 2012) for standalone home communications since the introduction of the service in 2010. In addition, Sky launched broadband and telephony products in the Republic of Ireland in February 2013 to further support organic growth.

The acquisition will be funded from existing cash reserves and is expected to be accretive to earnings per share in the second full year of ownership.

The acquisition is due to complete by the end of April 2013 and is subject to regulatory clearance.
Add to: