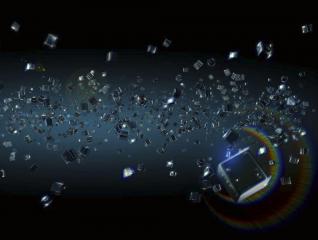 Available at no extra charge to all Sky+HD customers with a 3D TV and Sky’s top TV package *, Sky 3D will bring viewers sports, movies and a broad selection of arts, entertainment and documentary programmes, including an average of three live sports events each week.

3D coverage in home starts with the Ryder Cup - Europe vs USA - live from Friday 1st to Sunday 3rd October and is followed by live coverage of football, rugby union and boxing, with an average of three live sports events each week.

Sky 3D brings viewers some of the biggest box office 3D films, including; Ice Age; Dawn of The Dinosaurs , which airs over the launch weekend, following this will be: Monsters vs Aliens, Coraline, Alice In Wonderland, Bolt, Fly Me To The Moon, Cloudy with A Chance Of Meatballs and My Bloody Valentine. In addition to this the following titles will be available via pay-per-view: StreetDance UK, Garfield’s Pet Force, Step Up 3 and A Christmas Carol. And in January 2011 Sky 3D will exclusively broadcast all three of Disney/Pixar’s Toy Story films in 3D: Toy Story 3 3D will be available pay-per view and Toy Story 1 & 2 at no extra cost.

As well as sport and movies other new 3D programming unveiled today, includes a selection of some of the most exciting collaborations in programming across arts, documentaries and entertainment.

The Prince’s Trust Rock Gala returns to the Albert Hall after a 27 year break and will be screened on Sky 3D in December 2010, with performances from: Tom Jones, Eric Clapton and Brian May, hosted by comedian Rob Brydon.

Flying Monsters 3D: a pioneering feature about the prehistoric world –– written and presented by Sir David Attenborough will have its 3DTV premiere on the Sky 3D channel in December 2010.

Dance, Dance, Dance sees Sky Arts, working in partnership with English National Ballet, to bring five stunning new dance performances to life in 3D in the inaugural weekend of the Sky 3D channel. The film showcases a variety of dance styles, from Bollywood to ballet, as they’ve never been seen before.

3D Meerkats from the makers of Meerkat Manor, get even closer to the ups and downs of family life for these universally popular creatures in their natural habitat. Meerkat 3D is a co-production with National Geographic Channel.

Treasure Houses of Britain, a co-production with the History Channel is a five part series hosted by Selina Scott, exploring the interiors and exteriors of five treasured houses from across the UK including Chatsworth House and Blenheim Palace

John Cassy, Sky 3D’s Channel Director says “Sky 3D will totally change the way entertainment is viewed in homes across the country. We see 3D as ‘Event TV’, an opportunity for people to share an incredible visual experience in their home, watching some of the biggest and best television available including; live sport, movies, entertainment and arts programmes. When people gathered round their new television sets to watch the Queens Coronation broadcast in colour, little did they know that in years to come images would eventually be leaping from their television screen with the introduction of 3D. The launch of the channel is the just the beginning, 3D has arrived and will change TV forever.”

The launch of the Sky 3D channel in the home follows the successful introduction of 3D broadcasts in pubs and clubs. Since April 2010, over a million sports fans have enjoyed live 3D coverage in more than 1500 pubs across the country.

Sky 3D is available through all existing Sky+HD boxes. The channel is also compatible with all of the 3D TVs being introduced by LG, Sony, Samsung, and Panasonic, and works with both ‘active’ and ‘passive’ 3D formats.