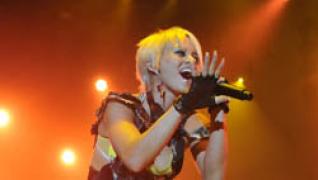 Ashley Banjo, Adam Garcia and Kimberly Wyatt are named as the trio to impress

Ashley Banjo, choreographer and dancer from Diversity – the street crew who wowed Britain’s Got Talent audiences earlier this year and ultimately won the competition – knows exactly how it feels to be a dancer with big dreams.  He says: "No one knows better than me how a contest like this can discover raw talent and open up fantastic opportunities.  It's a thrill to be on the other side of the desk this time and I'm so excited about discovering some fresh, new, original dancers.”

With a career that has taken in stage and screen – from dancing on Broadway and London’s West End Stage through to opening the Sydney Olympic Games with a showstopping tap routine as well as numerous tv and film credits, Adam Garcia also presides over the hopefuls.  As he sets off on the nationwide quest Garcia comments:  "Dance, for me, was my first and still is my enduring passion. I am constantly inspired by peoples’ commitment to dance for the sake of the act itself. I think this competition will reveal some genuinely great, new talent and its going to be a real thrill to see so many peoples’ love of dance translated into a performance”

Bringing beauty to the panel as well as a wealth of experience as a hugely successful dancer and choreographer, Kimberly Wyatt of the Pussycat Dolls takes her place alongside the boys and she sets out a cheeky challenge to  contestants who really think they can cut some rug with: "Britain - don't you wish your dancers were hot like me?! Well maybe they are but I'll be the judge of that! I'm coming to the UK and I'm hoping you guys are going to have all the right moves!"

The judges take up their positions as auditions take place in Edinburgh this coming weekend.  Further auditions will take place in Manchester and London over the next few weeks.

Whether you’re at the top of your game or just taking your first tentative steps onto the dancefloor there’s something for all abilities with everyone invited to join flashmobs for some Dancing In The Streets.  Details of all flashmobs can be found on www.sky.com/justdance with the latest news on locations and films teaching the planned mass dance routines. Anyone can take part either by just showing up or by putting in the practice at home. Ashley Banjo wants to see everyone giving it a shot as he added: “I cannot wait to see people taking to the streets for our flashmobs to show that no matter what your level you can still bust a move!"

JUST DANCE, hosted by Davina McCall, can be seen on Sky1 HD and Sky1 from next January where viewers can see the journey from audition through to live shows and the ultimate final where the winner will be crowned.