Is Your Router Secure? 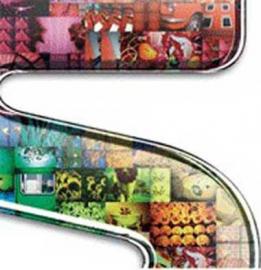 In a recent news article we revealed that the newly released Netgear v2 DG934g router had now been cracked and that it was now possible (although not in any way advised to do so) to extract the username and password from it.

We do not want to cause any members, any concern, but feel the need to provide the following information to our members, following this discovery.

Since the release of this information, it is also believed that there is a possible vulnerability which may actually exist within the Netgear V1 DG834GT routers (these are white in colour). This potentially, would only affect customers who actually use the Wireless capabilities and the default WPA Passphrase (i.e., the one that's printed on the sticker underneath the router) and the SSID given out by Sky with the Netgear DG834GT Router.

The theory is that using the correct process and also being in possession of the routers username for the Sky DSL connection, it may be possible to decipher the password for that account. It is also believed that if another process is performed correctly, then it may also be possible to correctly predict the default WPA passphrase configured for the router.

At this present moment in time, we would like to make it clear to our users that there is no immediate threat to them. The process involved in discovering how the supposed vulnerability works, requires an advanced level of knowledge in Linux. This coupled with the lack of information on where the vulnerability is said to exist makes it less than likely that any user is in any kind of threatened situation of indeed being hacked.

We have notified Sky about this theory and we are now awaiting a response from them regarding the situation. In the meantime, for users who would prefer to take precautionary measures. we suggest that you change the routers default SSID and WPA passphrase settings. Passphrases are best created out of random letters and numbers both in upper and lower case and perform better the longer they are. We would also advise to turn the Wireless off on your router if you do not actually want to use this functionality.

We have a tutorial here, on how to setup your Wireless Settings with none default settings. To turn the Wireless capabilities off, just untick Enable Wireless Access Point within the router's GUI